Dallas, TX –  Dallas, Texas – Dallas Black Dance Theatre (DBDT) celebrates the rich heritage and ancestry of Africa with the 16th Annual DanceAfrica performances and a free festival. The performances feature guest artists Bandan Koro African Drum and Dance Ensemble and the DeSoto High School A Cappella Choir. PNC is the presenting sponsor for the family-friendly event scheduled for October 1-2, 2021 at the Moody Performance Hall and Klyde Warren Park. The Saturday evening performance will be live-streamed.

Award-winning DeSoto High School A Cappella Choir will be singing melodic and inspiring songs that capture the spirit of the African tradition. The choir has performed at the world-renowned Carnegie Hall in New York City.

The FREE Saturday daytime DanceAfrica Festival & Marketplace fills Klyde Warren Park with a family vibe through food, fun, and vendors uniting the community of all ages.  Attendees can enjoy main stage performances by local community artists throughout the day. The festival and marketplace are set for Saturday, October 2, 2021, from 10:00 am – 2:00 pm at Klyde Warren Park, 2012 Woodall Rodgers Freeway, Dallas, TX 75201.

NO SUBSCRIPTIONS OR GROUP DISCOUNTS FOR THE 45TH SEASON

Dallas Black Dance Theatre is limiting seating capacity to allow for social distancing in all performance venues. Block seating will allow six feet between each set of two or four seats. Tickets must be purchased in blocks of two or four to attend the performance. Because of the limited ticket availability, DBDT will not be able to give discounts on groups or subscriptions this year.

ABOUT DALLAS BLACK DANCE THEATRE: Dallas Black Dance Theatre is an internationally recognized professional dance company that engages the cross-cultural community through contemporary modern dance presented from the African American experience. The National Endowment for the Arts designated the 45-year-old company as an American Masterpiece Touring Artist in 2008. The company also received the Texas Medal of Arts Award for Arts Education in 2017.

In 2021, Jacob’s Pillow Dance Festival commissioned Darrell Grand Moultrie to choreograph the new work LIKE WATER for Dallas Black Dance Theatre as the inaugural recipient of the Joan B. Hunter New Work Commission in a world premiere at the prestigious dance festival.

Ann Williams founded Dallas Black Dance Theatre in 1976. Melissa M. Young took the helm as Artistic Director in 2018 after starting at the company as a dancer in 1994. Zenetta S. Drew has led the administrative side of the company since 1987 as Executive Director following a volunteer assignment for the dance company. 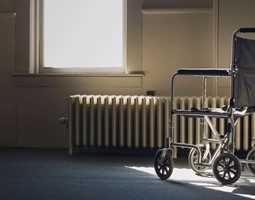 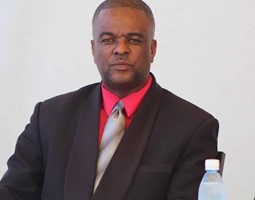