The Bahamas is a stunning tropical playground filled with natural treasures on both land and sea. There are 32 magnificent national parks in The Bahamas, and they all have a variety of outdoor attractions to explore. Hiding in each of these parks are treasure troves of unique creatures that only add to the beauty of these protected places. Animal lovers are in for a treat when coming to The Bahamas because of the diverse range of wildlife, many of which are unique to the sublime island nation. We’ve put together a list of must-see wildlife that find refuge in the breathtaking national parks of The Bahamas. 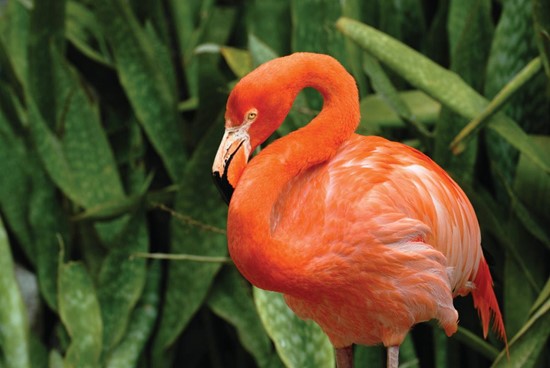 Where to find them: Inagua National Park in Great Inagua Island

Home to just over 900 residents but over 130 bird species, remote and magnificent Great Inagua Island is a haven for bird watchers. In Inagua National Park the real star is the spectacular West Indian flamingo. This park is home to the largest breeding colony of West Indian flamingos in the world, thanks to its isolation and concentration of salt. Flamingos are easily recognizable animals but are very rarely seen since their habitats tend to be remote and hostile. Visiting the flamingos of Inagua National Park is a genuinely rare experience.

Getting there will require some effort. You will need time and a vehicle with a four-wheel drive. In the end, your journey will be rewarded, especially in early spring, when the females lay their eggs and form a mega-flock. Seeing the sea of pink birds against a backdrop of white sand and azure waters is a spectacular sight and a must for anyone visiting Inagua National Park.

Where to find them: Sandy Cay in Exuma Cays Land and Sea National Park

Stunning Sandy Cay, also known as the island of iguanas, is home to the critically endangered rock iguana. These curious critters are incredibly rare but are most likely to be spotted in The Bahamas. The rock iguana will take on a new colour depending on the island they inhabit. On Sandy Cay, they all share distinct orange spots.

Visiting these elusive creatures is an easy boat ride from beautiful Long Island. Sandy Cay is a paradise filled with coral inlets and piercing white dunes. It is one of the most stunning islands in Exuma and famously featured in the second Pirates of the Caribbean film. The rock iguanas are waiting for you on this slice of heaven where local environmentalists are ensuring their protection for generations to come. Visit: Sandy Cay and Sea National Park. 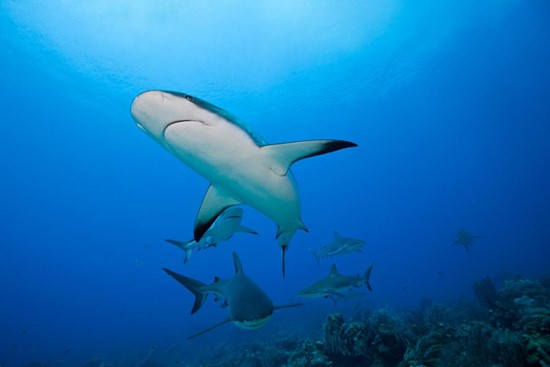 Where to find them: Walker’s Cay National Park

Gorgeous Walker’s Cay is an isolated 16 square kilometre island in the northernmost part of The Bahamas. What it lacks in size, it makes up for in abundant biodiversity. The island is bordered by its own barrier reef making the area a haven for marine-life enthusiasts and divers. The most exciting of all marine life to spot here is the shark: specifically, the Caribbean reef shark. These six to ten-foot-long apex predators are found exclusively in the Western Atlantic Ocean and are an absolute thrill to see in person.

Fortunately, the Caribbean reef shark is mostly harmless and rarely a danger to humans. These bottom-dwelling sharks can be spotted during a dive excursion to an exciting underwater attraction at Walker’s Cay known as the Shark Rodeo. This 10-metre dive gets you up close and personal with up to 50 magnificent Caribbean reef sharks. Though not for the faint of heart, this bucket list-worthy experience is conducted under the close supervision of experienced diving professionals. It is an incredible opportunity to witness these remarkable beasts in their natural habitat and get almost close enough to touch them. 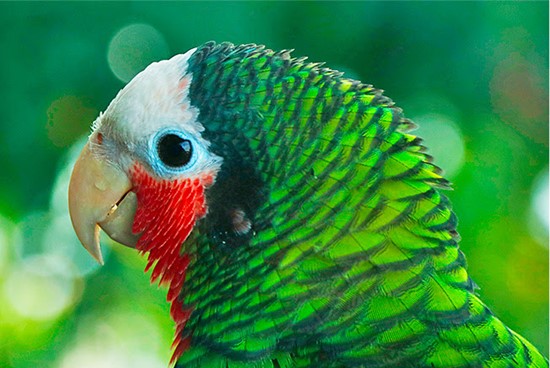 Where to find them: Abaco National Park in South Abaco Island

The beautiful Abaco Parrot, affectionately known as the Bahama Parrot, is unique to The Bahamas and the most colourful animal on this list. These small parrots are recognized by their green and red body and white-topped heads. When they take flight, they provide a dazzling show of rich blue feathers on the underside of their wings. Abaco National Park in gorgeous South Abaco Island, famous for birdwatching, is the best place to spot these breathtaking creatures.

The Abaco Parrot, and the Caribbean pine forests where they reside, are the primary reason for Abaco receiving protected national park status. There are approximately 3000 of these birds left in the wild and preserving their habitat is of high priority. Grab your binoculars and join your fellow birdwatchers for the spectacular and rare sight of the Abaco parrot in flight. 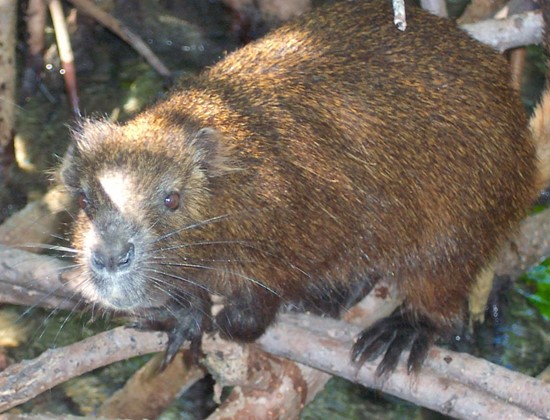 Where to find them: Exuma Cays Land and Sea National Park

The adorable Bahamian hutia is the most elusive animal on this list and The Bahamas’ only native mammal. Once thought to be extinct, these critically endangered rodents hide deep in the Exuma Islands where they are now fiercely protected by local conservationists. Their presence in Exuma is actually the result of human interference. They were strategically placed there because of the lack of predators on the islands and the fruitful vegetation where they can now hide and feast. These fluffy herbivores are now the kings of their island.

Your best chance to catch a glimpse of the hutia is with a knowledgeable local guide. Though 2 feet long, hutia are still hard to spot as they are nocturnal and shy. If you are patient, you will be rewarded with an appearance of an animal that Bahamians have “brought back to life”.