St. Thomas To Celebrate 70 Years of Carnival in The Virgin Islands

The Government of the Virgin Islands has announced that the 70th edition of Carnival Virgin Islands on St. Thomas will be held from April 27 to May 1, 2022.

The U.S. Virgin Islands Department of Tourism’s Division of Festivals reports that the official version of St. Thomas carnival will be held under the theme “A New Cultural Roogadoo for Carnival 2022”.

The scaled-down spectacular, due to the constraints of the COVID-19 pandemic, highlights 70 years of carnival, and will shine a spotlight on the Territory’s dynamic culture, cuisine, history, music and people.

Ian Turnbull, Director of the Division of Festivals, announced that the celebration will follow the successful “Fête.Vibe.Soca” music event held for vaccinated patrons over President’s Day weekend.

“The vibe continues in Rock City this spring,” said Turnbull, who explained that the Division of Festivals, a unit within the Department of Tourism, had been established through Act 8153 by the Virgin Islands Legislature to organize and execute festivals on behalf of the Territory’s government.

“We are finalizing plans to promote and advance the Territory’s culture through the return of carnival and festivals in 2022,” said Turnbull, who announced that Carnival Virgin Islands will feature four village nights in honor of the late Ron de Lugo, the first and longest-serving Delegate from the United States Virgin Islands to the United States House of Representatives. Representative de Lugo gained Territory-wide fame for his radio persona, the wisecracking comedian Mango Jones, as well as for appearances in local plays and benefit concerts. In 1952 he used his radio show to revive St. Thomas Carnival.

The festival will stage a specially-tailored J’ouvert celebration; the re-crowning of the Territory’s first carnival queen, the gracious and talented Carmen Sibilly; a food fair; boat race; and calypso showcase. There will also be a Children’s Village in operation between April 27 and 30, and a virtual costume competition for children will be staged in conjunction with the Department of Education.

The successfully implemented Bryan/Roach administration COVID-19 protocols, which include mask wearing, social distancing and hand sanitization, will be enforced. Patrons attending the festivities must either show proof of vaccination or a negative result from a COVID-19 test taken within 24 hours of each event.

Commissioner of Tourism Joseph Boschulte said highlighting cultural traditions, heritage and festivals is part and parcel of the Territory’s major push this year to attract visitors to the Territory. “And as we emerge from the challenges presented by the pandemic, it is inspiring to witness the passion of our community as we restart and re-energize the spirit of Carnival in the Virgin Islands.”

The tourism leader reported that the Department will dig deep into its marketing arsenal to creatively and effectively promote the value of a U.S. Virgin Islands vacation through music and culture. “After enjoying strong tourism success throughout the pandemic, there is no room for complacency, and promoting our cultural artistes will take center stage in the next phase of our marketing efforts. It’s who we are and who we represent as a people.”

Persons interested in volunteering with the Division of Festivals can email festivalvolunteer@usvitourism.vi or usvifestivals@usvitourism.vi. 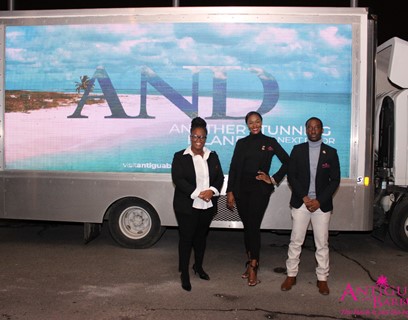