St Thomas, USVI, January 24th, 2019 - The Awesome Jam Band is one of the Legendary Bands coming out of the USVI. In recent times, Jam Band lost the individual who was the main force behind the creation of the Jam Band sound, Ambrose “Boots” Schmidt.

In recognition and honor of Boots as the champion and visionary that helped to propel The Jam Band to 21 Road March titles, the band is making plans to participate in the 2019 New York Labor Day Parade in Brooklyn, in collaboration with New York based DJ Morrishaw Productions.

This participation in the 2019 New York Labor Day Parade will also serve to reintroduce The Awesome Jam band and the rich Virgin Islands culture into the parade with quality representation that the Jam Band can most certainly provide. 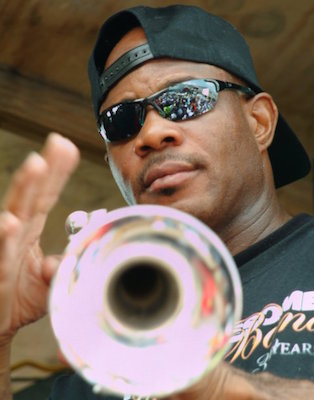 With over 38 continuous years of making music, The Awesome Jam Band has a repertoire of hits that continues to receive complimentary reviews both in the Caribbean, across the U.S. Mainland and wider international community.

Based in the United States Virgin Islands, St. Thomas is home to The Awesome Jam Band.

The Awesome Jam Band is a musical force that makes quality music not just to entertain at Carnival time, but also music that people can appreciate and enjoy long after Carnival is over. Over the years, the band has set the standard for music in the Virgin Islands and is widely respected and possesses a huge fan base as testament.

In 2005 The Awesome Jam Band was awarded the Soca Legends Award for outstanding contribution to the Soca music genre. Also in 2016 the Band was honored by the Virgin Islands Carnival Committee for Outstanding Contribution to Carnival in the Virgin Islands. The Awesome Jam Band is the only band in the Caribbean Region to have won the prestigious Carnival Road March title a whopping 21 times!

There are 12 members in the band. This being so in that the band remains true to the music, retaining a vibrant and accomplished horns section that many bands both in the Virgin Islands and the Caribbean have done away with. The horns section has given the band that authentic sound distinguishable from the other bands. In addition to the horns section, the traditional rhythm section further gives flair to the sound that has become known over the years as the “Jam Band Drive”.

The Awesome Jam Band brand of music is followed and emulated by many other bands across the Virgin Islands and the wider Caribbean.

Persons wishing to participate in The Awesome Jam Band’s troupe on the road in New York for Labor Day 2019 are asked to contact either one of the persons below for more details and to register their interest.