On Saturday, July 31, The University of the West Indies (The UWI) will confer an Honorary Doctor of Science degree on Dr. Ruby Lake-Richards.  Dr. Lake Richards is one of the first 33 medical students who attended The UWI (then University College of the West Indies). She is also the first female, UWI graduate from Antigua and Barbuda. The special convocation for the 99-year old, Dr Lake-Richards will be held at The UWI, Five Islands Campus in Antigua and broadcast live via UWItv.

Dr. Ruby Lake-Richards is well regarded as one of Antigua and Barbuda’s outstanding medical professionals. She started her journey in 1948, having registered among the first cohort of students who pursued medicine at the University College of the West Indies. Of that inaugural class, she was one of ten women enrolled, as well as one of two students from Antigua and Barbuda. Dr. Lake-Richards received her medical degree in 1954 and then moved on to an internship at the Holberton Hospital in St. John’s, Antigua. Next, she alternated between the Carty’s Hill Clinic in Glanvilles—where she worked as a parish doctor—and her private practice, which she opened in the city.

In 1967, Dr. Lake-Richards migrated to Canada with her husband Sir Novelle Hamilton Richards, who was appointed by the Governments of the Eastern Caribbean to be the first Diplomatic Trade Commissioner to Canada. She pursued her postgraduate study in Canada and completed her specialisation in Child and Adolescent Psychiatry at the Mc Gill University. In 1977, Dr. Lake-Richards received her Fellowship in the Royal College of Physicians and Surgeons of Canada.

She also worked at the Reddy Memorial Hospital and the Montreal Children’s Hospital in Canada before completing her residency in child and adolescent psychiatry at McGill University. At McGill, she was employed as a lecturer assigned to the Department of Psychiatry, which she combined, with her role as a Psychiatrist at the Douglas Mental Health University for nearly 40 years. Dr. Lake-Richards retired in 2015 at the age of 93.

Pro Vice-Chancellor and Principal of The UWI, Five Islands Campus, Professor Densil Williams noted that it is an honour for the Campus to celebrate the lifetime work of its longest surviving alumni. “Being Antiguan and being honoured by the youngest campus in the UWI system, domiciled in her country of birth is special and even more so that she is alive and in good health to receive this accolade from her alma mater” said Pro Vice-Chancellor Williams.

The July 31 convocation is permitted by special approval of the University Senate and Finance and General Purposes Committee, as honorary degrees are usually conferred during The UWI’s graduation ceremonies.  Members of the public are invited to tune in to view the convocation via www.uwitv.org; UWItv on Facebook or one of UWItv’s FlowEVO channels. 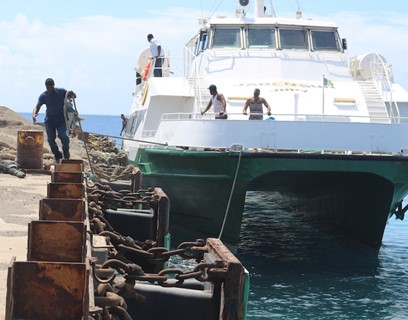 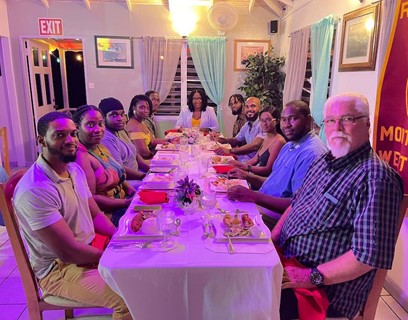 The Rotaract Club of Montserrat Turns 35