Acting alongside legends Kevin Kline and Melissa McCarthy in THE STARLING, young actor, Owen Atlas is proving to be a force in Hollywood in drama, comedy, voiceover, and even stunt work. Owen has several projects underway, including THE STARLING, playing Howie, which premieres on Netflix on September 24th. Owen is a multifaceted actor that can shine in many ways and his resume already includes acting alongside some of the biggest names in Hollywood including Timothy Olyphant, Daveed Diggs, Adam Scott, Evangeline Lily, and Sally Field.

Atlas recently starred in another Netflix film as Evangeline Lilly’s son Lucas, opposite Adam Scott, in LITTLE EVIL. Lilly (playing Samantha) is the woman of Gary’s dreams (played by Adam Scott), who discovers that her six-year-old son, Lucas, played by Owen, may be the Antichrist. Up next, he will appear in the upcoming film BREATHING HAPPY, the film that follows Dylan, a recovering drug addict on the eve of his one-year sober anniversary, which happens to be Christmas Eve. Owen plays a young Dylan in the film. 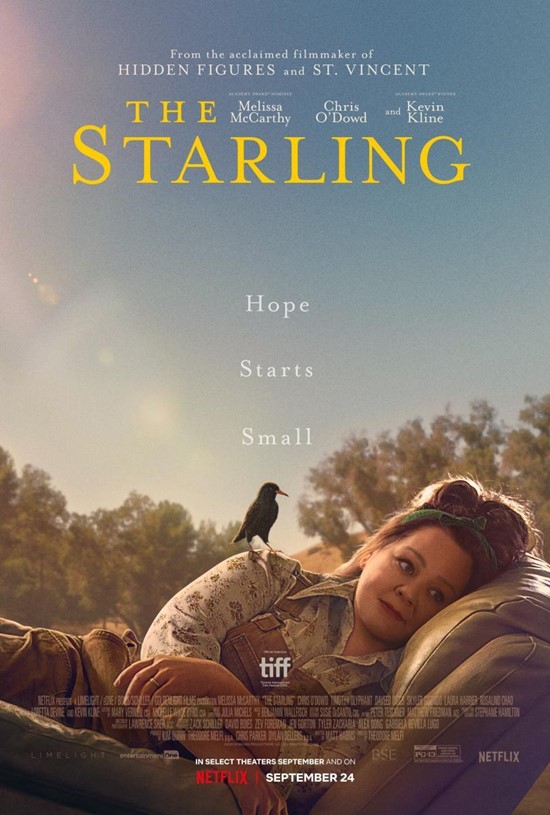 In addition to acting, Owen is an award-winning black belt martial artist as well as a master swordsman and stunt kid. Owen has trained with Mike Chat, founder of the prestigious Xtreme Martial Arts (XMA). Mike discovered Taylor Lautner and trained a young Jaden Smith for The Karate Kid. Owen did stunts on the Netflix comedy series “I Think You Should Leave with Tim Robinson.” At six years old, Owen competed in Taekwando as a tiny tiger, earned his black belt at age eight, and competed regionally and nationally. There was a very desirable children’s seminar coming through Vegas featuring Mike Chat, founder of XMA Xtreme Martial Arts (a performance-based mix of dance & martial arts).

The multi-faceted actor and newcomer is one to watch. The Las Vegas-based actor is destined for a career in entertainment, both for his acting and stunt work. We look forward to hearing your thoughts on featuring Owen! Thanks so much.